The Raptors have had a difficult start to the season, to put it lightly. Recent losses to the Minnesota Timberwolves, who have the worst record in the NBA, and the Atlanta Hawks, who sit in the 10th spot in a bottom-heavy Eastern Conference, leaves Raptors fans begging for something to celebrate. As a franchise, and as a fanbase, we’ve been lucky enough to experience the highest of highs (and the lowest of lows). Remembering some of those highs should hopefully reignite some passion for our beloved Raptors - and what better way to do that than appreciate some of our best and most beloved contributors from the last 10 years.

The criteria for the list is, obviously, subjective; it will only consider stats from 2010 through to the current season, and will be entirely dependent on the author’s judgement. Longevity with the organization, individual and team success, and contributions to fans and local involvement (CJ’s PJ’s, we’re looking at you) will all be considered.

When cutting down to only 10 guys, there are, of course, some names that need to be cut. Among these are current squad players who might not have had opportunity to make a big enough impact, players who weren’t with the franchise for long enough, and some fan favourites.

Terrence Ross (2012 - 2017) - Terrence Ross always looked like he might score 30, or at least take 30 shots. His high-flying theatrics and high-volume shooting made for some incredible highlights, not limited to slam dunk contest victory and 51 point performance. However, his streaky shooting and defending mean he was also frequently criticized and doesn’t quite make the cut.

Patrick Patterson (2013 - 2017) - Patrick Patterson might be one of the more polarizing Raptors to (almost) make the list. Some fans loved him, and some… well, they felt otherwise. He never averaged more than 9 points in his time up north, but his veteran leadership and sparks of impeccable 3 point shooting made him a valuable asset throughout his Raptors tenure.

Amir Johnson was admittedly never that great of an NBA player. A strong rebounder and inside scorer, Amir spent most of his Raptors career as a starting power forward or second choice center. He was brought to the squad to help fill a Chris Bosh-sized whole, and while he was never able to do so, he did carve himself out a special role in the organization. Johnson was always highly regarded by his teammates and staff, and that was reflected in success both on the court and with the fans.

Bargnani is the Raptors’ only ever 1st overall pick, and was more or less a consensus disappointment considering the draft class included the likes of Lamarcus Aldridge, Rajon Rondo, and even our very own Kyle Lowry. However, people forget just how good Bargnani was for us for a few short years. While we may have been pretty bad as a unit, Bargnani averaged 19+ points in the 2011 and 2012 seasons (including a 41-point outing in 2011), and earns his spot for that reason.

Lou Will only stayed north of the border for one season - but what a season it was. Williams averaged 15.5 points coming off the Toronto bench, and earned his first of three Sixth Man of the Year awards - the first Raptor to ever take one home. The combo guard was an electric scorer who brought an endless surge of energy to the floor, and the Raptors fanbase ate up every second of it. He probably would have been significantly higher on this list if he didn’t leave for the Lakers in 2015 free agency, but as it stands, he takes number eight.

In 20012, the Raptors took a risk on Valanciunas with the 5th overall pick. While better talent, including Kawhi Leonard and Kemba Walker, were drafted later that same night, JV blossomed into a fantastic player for the Raptors. When his game aged out before his very eyes, Jonas adapted his once slow, deep post-based playstyle into exactly what the modern big needed to be. He learned to space the floor, developed a handle, and could suddenly play in transition. Now in Memphis, JV is a double double machine, and is finding incredible success playing alongside quicker, younger teammates. Ultimately, his defensive weaknesses led to him being traded in the championship build-up, but JV holds a special place in countless Canadian hearts. In 2016, the Raptors sent out Terrence Ross in a shock deal to bring in a Serge Ibaka who was thought to be past his prime. A once DPOY candidate, the resounding majority opinion of Ibaka pre-trade was that he lost his athleticism and, with that, his defensive capability. In Toronto, Ibaka turned that perception around. Making the switch from the 4 to the 5, Ibaka proved to be a lethal pick and roll partner for Kyle Lowry and was a vital part of the championship run. His rim protection, basketball IQ, and ability to spread the floor made Ibaka an essential piece for the Raptors' success.

Fred VanVleet has probably been the Raptors’ best player this season, and is famously one of the best products of the highly esteemed Raptors 905. Freddy is a bulldog as a combo guard, and seems to only be getting better. He’s an incredible volume shooter, a criminally underrated defender (currently leading the NBA in steals), and seemingly never misses in crunch time. The Wichita State product got a Finals MVP vote in the championship run - and deserved it. Freddy recently earned himself the biggest contract ever for an undrafted player, and having him locked in for the next 4 years is exciting, to say the least. Who knows -  maybe in a few years he’ll be even higher on the list.

Having witnessed Siakam throughout the bubble/Tampa chapters of Raptors history, it’s easy to forget just how good he’s been for us. The 27th pick back in 2016 has improved leaps and bounds since his rookie campaign. Once viewed as an energy player who lacked the fundamentals on offence, Siakam’s game has evolved into that of a star. He’s developed a 3-point shot that can be respectable at times, and is an elite player in the paint and in transition. The ability to guard 1-5 makes Siakam a serious problem for opposing teams, and while his recent struggles may carry some weight, his role from the championship season until now should not be forgotten.

Okay, I get it - this one is debatable. Lots of fans may have Kawhi at #2, or even #1, but I firmly believe he should sit proudly at #3. In Toronto, Kawhi was… do I even have to remind you? He was unstoppable when he wanted to be. He led the Raptors past an MVP Giannis Antetokounmpo, the star-studded Sixers including Jimmy Butler, Ben Simmons, Tobias Harris and Joel Embiid, and of course the (albeit, injured) dynasty that is Steph Curry and the Golden State Warriors. Kawhi earned a deserved Finals MVP - and let’s not forget that he scored what might be the single best bucket in NBA history. If Kawhi stayed, he undoubtedly would be #1 on the list. Maybe I’m just an angry Raptors fan, but for me, Kawhi falls to #3. 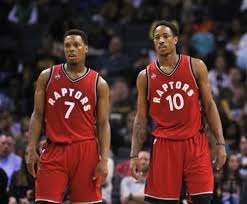 DeMar DeRozan was the face of the Toronto Raptors for nearly a decade. The Compton product set the precedent for what Raptors basketball was going to become, and while he wasn’t on the championship team, he was as much a part of it as anyone else. DeMar was one of the first stars to truly embrace Toronto as a destination and as a culture, and truly put the team on the map. His “bromance” with Kyle Lowry set the league ablaze, and his on-court abilities were absolutely elite. DeMar was one of the best scorers in the NBA in Toronto, easily seen in the 2017 season where he averaged over 27 points a game. His defensive capabilities left something to be desired and inevitably led to the Kawhi trade, but DeMar’s nearly 10 years of contributions to the Raptors, and to Toronto, will never be forgotten.

Did you expect anything else? At this point in his career, Kyle Lowry is synonymous with Raptors basketball. He’s the franchise leader in assists, 3-pointers made, and win shares, is 3rd in points scored, and 4th in rebounds. Lowry built himself a reputation of choking in the playoffs through 2018, but quickly turned that around with countless clutch performances throughout the championship run. Lowry has been an elite scorer, distributor, 3-point shooter, and defender in the last 3 years, and seems to only be getting better with age. His storied career is only lifted by his contributions to local charity work, showcasing his undoubtable character. With his name showing up on the chopping block as of late, let’s remember one thing - no matter what happens, no one has worn the jersey with more pride, success, or drive as Kyle Lowry has, and for that we should be thankful. 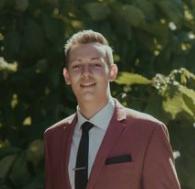